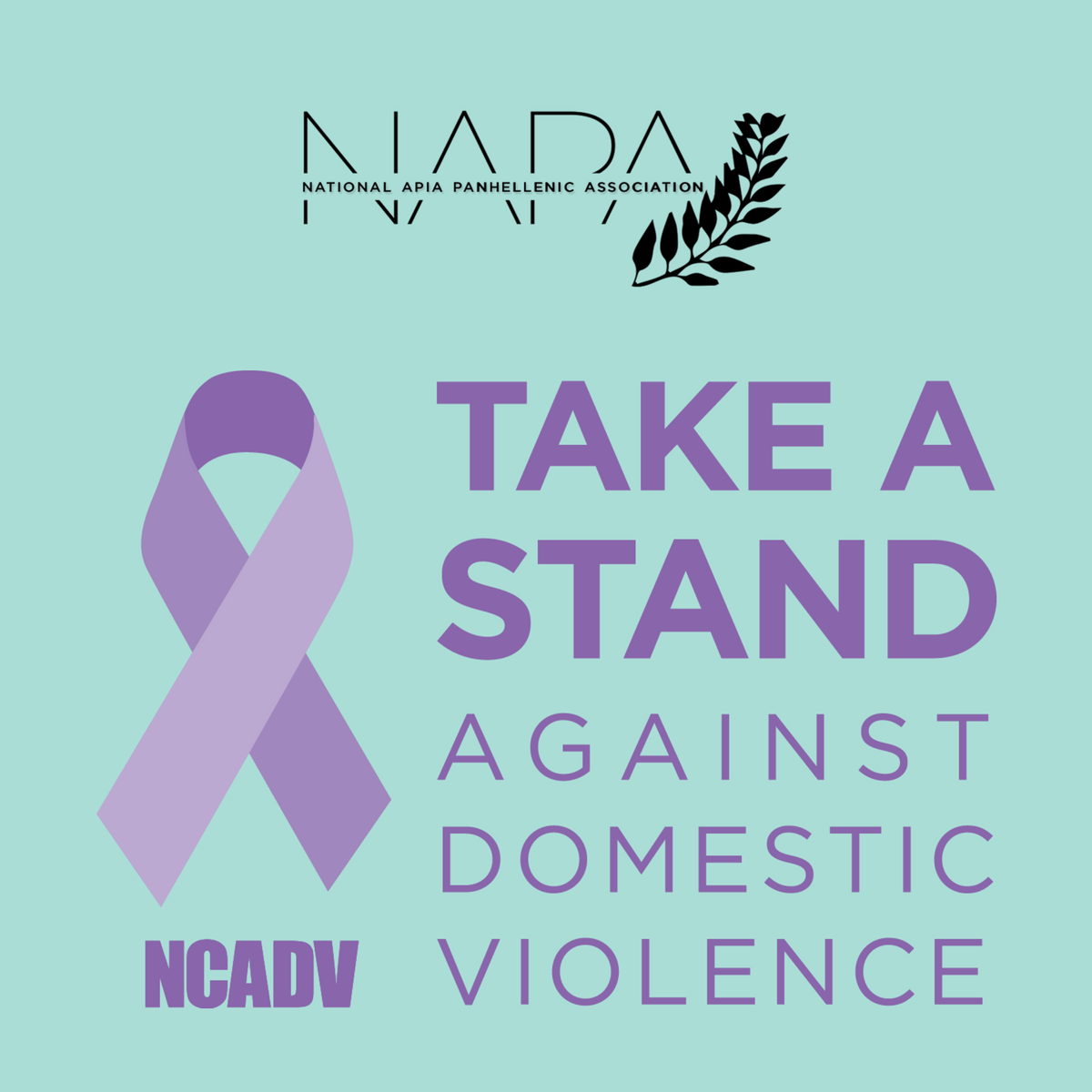 The National APIA Panhellenic Association is proud to partner with the National Coalition Against Domestic Violence (NCADV) to #TakeAStand. Take A Stand is a call to action meant to bring attention to the issue of domestic violence for Domestic Violence Awareness Month and throughout the year.

The current landscape of domestic violence in America is alarming. Every 9 seconds in the US a woman is assaulted or beaten. And according to the Asian Pacific Institute on Gender-Based Violence, “21–55% of Asian women report experiencing intimate physical and/or sexual violence during their lifetime.”

By taking a stand, NAPA members remind the nation that there are still countless people—victims and survivors, their children and families, their friends and family, their communities—impacted by domestic violence. NAPA members, leaders, and supporters should not stop until society has zero tolerance for domestic violence and until all victims and survivors can be heard.